Each node in Urho can be set up to be a static (non moving) or dynamic (moved by physic and gravity) physical object:

Physical nodes are moved by applying forces. You can give it an impulse (changes the speed depending on impulse strength and object weight) with

or you can set the speed/velocity directly:

You can also still set the position directly The same goes for the rotation.

Example of an physical raycast

Characters (at least humanoids) are typically made with a capsule collider.

In USP the player has a capsule collider whose rotation is ignored, because it was turning weirdly when moving. The player has two nodes, one is controlled by the physics and one contains the model. The one with the model is set to the position of the physical one and the rotation is set by either the camera when in first person view (to looking direction) or to the movement direction when in third person mode (so that the player is always running forward and never sideways or backwards).

Also the friction has two different values. 2.0 when the player is not pressing any movement keys and 0.4 when he is. This was done because the physical object was sliding down even slight slopes with a low value like below 0.6 and values above that made direction changes quite slow.

When something moves fast enough towards a collider so that the objects are not colliding at the two frame around the collision, the collision will be undetected. [I know that there is a specific term for this but I can't find it.]

To avoid this there is typically a raycast done between the two positions there the moving object was at the current and the last frame: 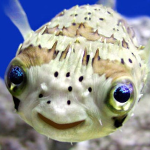