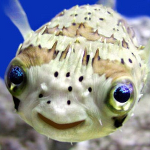 I started this wiki unintentionally by checking Wikia's features out. At step three of four of "Create a Wiki" I got three E-Mails with "Congratulation! Your Wiki has been created!" ... whoops...

Then I created as much content as I could in one day to re-reply to the wiki thread (http://urho3d.prophpbb.com/topic778.html) with my "accident" and the Urho3D-Wiki with me being the admin.

In my first post on the Urho3D forum with several questions and improvement suggestions, I also asked for a wiki. I came from Ogre and they have a big wiki, though it's often outdated and could be much better. I also found a forum thread talking about a wiki. The thread was inactive for like a month and no one seemed to have done anything in that time.

(from my first post in the Urho forum)
The last time I did something with game development is several years ago. I used Ogre back then, before that CrystalSpace and before that tried Irrlicht, with no success. CrystalSpace worked at first but had broken shadows and physics and seems to be quite inactive since then. So I searched again and found Ogre and was happy for quite a while. But they dropped their MinGW-Binary-Release sometime and it's hard/impossible to build manually. So Ogre died a bit for me. The last stable is still from 2012. As I used that, it just came out. They seem to be working on Ogre 2.0/2.1, maybe they will have an MinGW-Binary-Release again and better support in general. But for now: nah...
So I searched and compared a lot of other 3d/game engines and the two most promising ones are Urho3D and Delta3D. Urho3D seemes to have better support for Blender so I started with that.
I'm working as a C++ software developer in a small company. We are doing image editing software for Windows & Mac with Qt.
I have still so many ideas regarding games and it was so fun doing something in that area (though image editing software is also not bad), and after years of just thinking, am trying to do something again. I'm always trying to use free software, my tools were always: Blender, Gimp and CodeBlocks. Though I also like QtCreator (Codeblocks has always had some flaws, QtCreator has now a bit less).

Plans regarding Urho3D and this WikiEdit

My first "real" game project with Urho3D could be a primitive real time strategy game, because that requires not that many complicated things and is on my idea list anyway.
I started several games with Ogre and a 3D-plattformer reached quite a finished state, it even had an in-game level editor. Other game projects were much bigger. Some have been dropped completly, others may be picked up again.

After I started this wiki, I hurried to write new stuff every day. I had some good ideas for beginner tutorials and my knowledge from other 3d/game engines helped a lot.
My speed has slowed down after some days. Partly because I need to get more familiar with Urho to write about more advanced stuff and partly because I also need to make progress at work and with my studies (working on my bachelor thesis).
I'm trying to find a better balance and my bachelor thesis (with my studies in general) should be finished in some months. After that, I may have more time for Urho or game development in general.

Oh, I never really decided between Urho3D and this Delta3D. I started with Urho and a bit stuck because I accidentally this whole wiki. ;-)
Though I'm currently happy with Urho. It's lacking better documentation (The API-Documentation can't really be called that. The descriptions are just repeating the function names and are leaving many questions.), but the engine itself seems to have everything I missed from other engines. It has directly integrated normal mapping (and specular mapping!) and the models have self-shadowing! In Ogre this had both to be done with super complicated shaders, that no one seemed to get working properly. Ogre is also just a 3D engine and has no physics at all. CrystalSpace had that, but really buggy.

I'm developing everything with C++ and regarding games I'm targeting classical desktops (aka. no mobile or consoles). So don't expect scripting or web based stuff from me. I'm also typically to lazy to use level editors and like (procedural) generated worlds, so I may also never use any editor for Urho. Also 2D is so 1990s and I'm so 3D. Furthermore I try to keep porting easy and am therefore using OpenGL, though I'm (currently) developing on (and for) Windows.

Urho seems to be the name of some kind of mythical fish hero and there are fish images everywhere. So I searched for a funny fish image on the web and found that smiling one. Not that great but fishy enough until I find something better. Has no meaning.

Retrieved from "https://urho3d.fandom.com/wiki/User:Gawag?oldid=4431"
Community content is available under CC-BY-SA unless otherwise noted.